As we celebrate our 15th anniversary, lets look back at a few of the highlights over the years!

Grand Opening!
Take yourself back to October 11, 2002, opening day for the John Labatt Centre (JLC). The first event was a London Knights hockey game and of course it was a Friday night! The first concert was held a couple days later when Our Lady Peace played to a sold out crowd on October 13th. The JLC quickly became a top destination for entertainment in Southwestern Ontario, with artists like Cher, Guns & Roses and more playing to sold out crowds in its first year of operation. 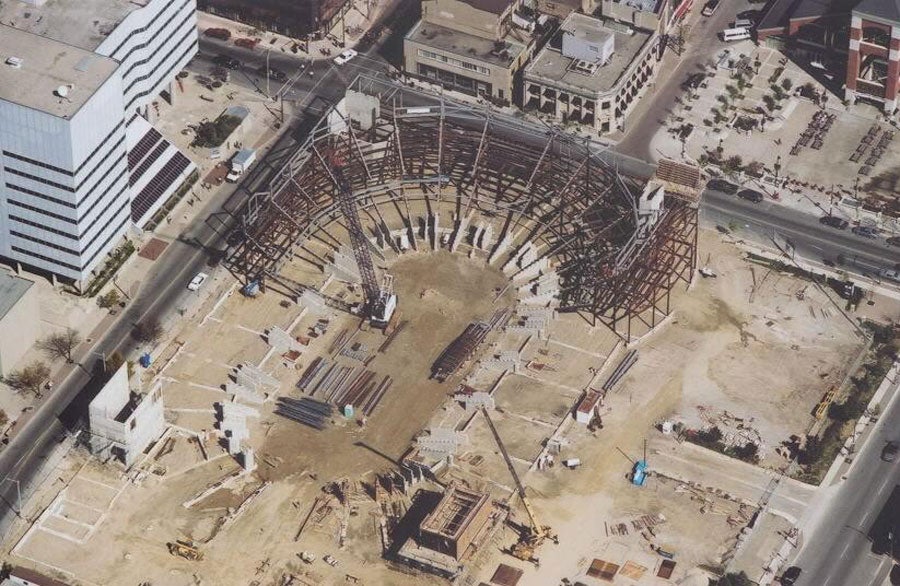 The First NHL Preseason Game – September 20, 2003
The JLC hosted its first of many NHL Preseason Games in 2003 with our ‘home-away-from-home’ Philadelphia Flyers. The Flyers are owned by Comcast Spectacor, parent company of Spectra Venue Management (formerly Global Spectrum), the facility management company for Budweiser Gardens. The Flyers preseason game was very well received by London hockey fans and became a tradition for many years to come.

A year of first visits!
2004 saw some of the biggest names in the music industry. Bryan Adams, Rod Stewart, David Bowie, Metallica, and The Tragically Hip were among the list of artists to make a stop in London. 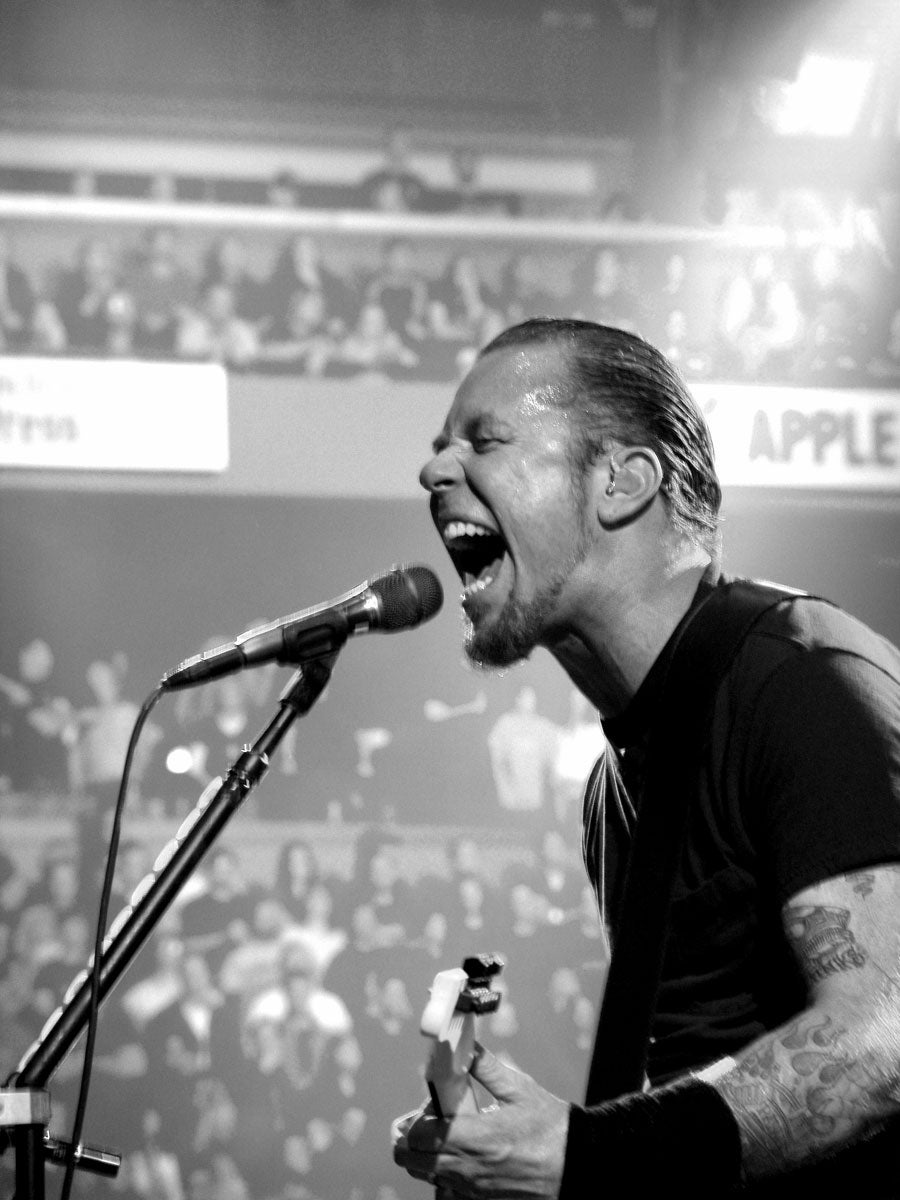 Shania Twain
The Queen of Country Music, Shania Twain, brought her Up! World Tour in May 2004 for not one but two shows! Shania sold out both shows and still holds the attendance record for the venue with 10,294 and 10,269, respectively.

Shows, shows, shows!
2005 saw Keith Urban play his first of many shows at the venue. Urban holds the record for most shows played by an artist at the venue with 7. The year saw a mix of different genres and events, including: Cher, Sting, Motley Crew, Green Day, Pearl Jam, Backstreet Boys, Avril Lavigne, Sarah McLachlan, The Harlem Globetrotters, WWE and many more!

Memorial Cup Champions!
Most Londoners will think of the London Knights when they think of 2005. The Knights had a stellar season, starting off the season with a 31 game winning streak, leading to a Memorial Cup run that ended with them beating Sidney Crosby and his Ramouski Oceanic to win their first Memorial Cup Championship! This Knights team was special, with many players moving on to have successful NHL careers, including Corey Perry, Dave Bolland and Brandon Prust. 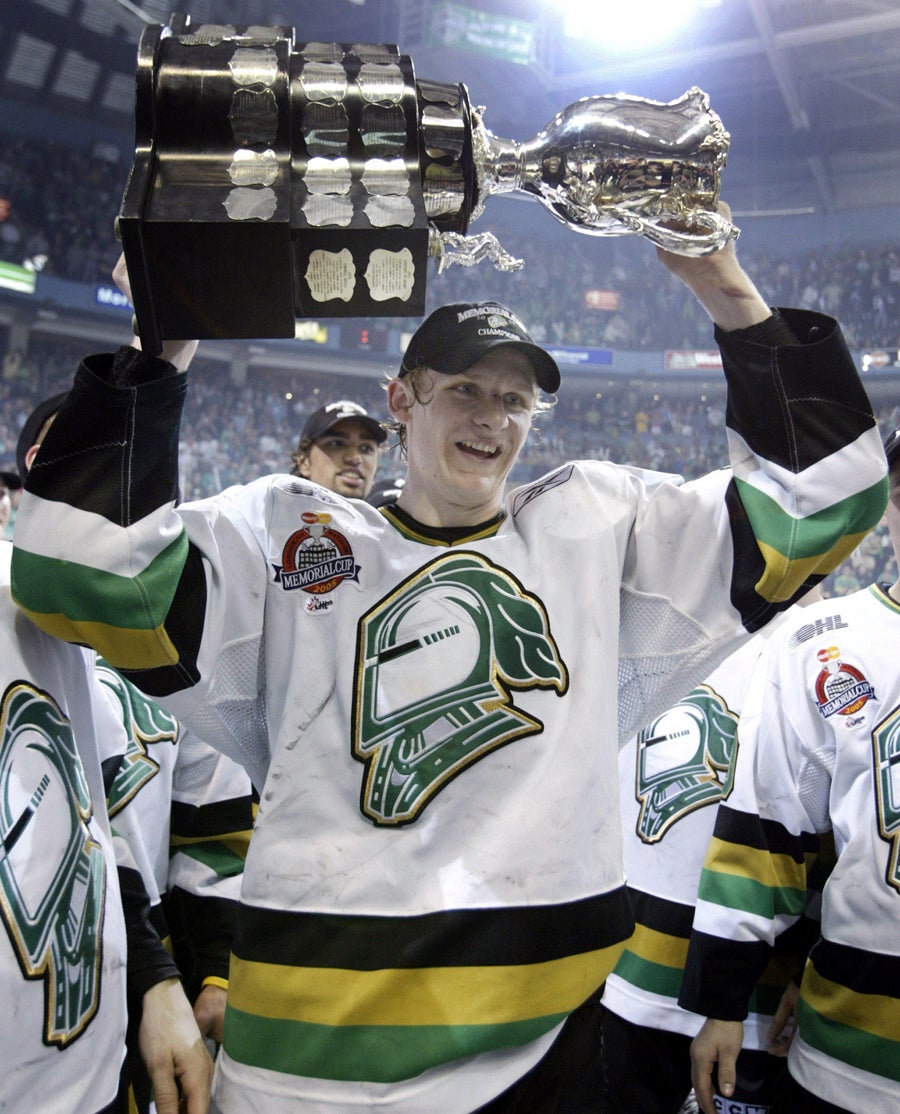 Elton John
November 6, 2006 marks the date that the one and only Sir Elton John took the stage at the JLC for the first time. 10,007 fans cheered him on as he performed all of his hits to a sold out crowd. 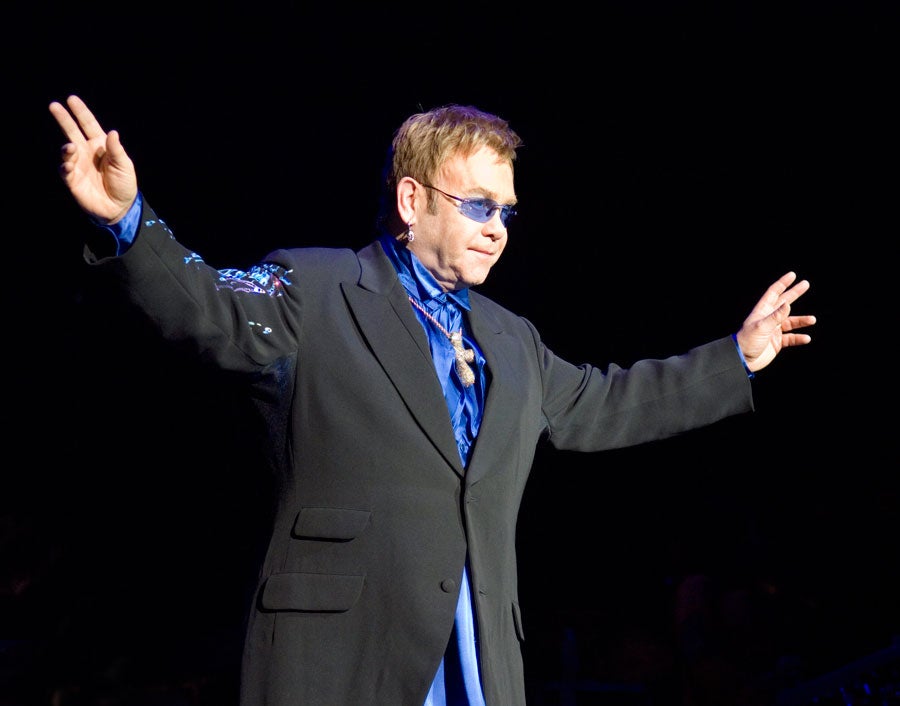 Dixie Chicks
The Dixie Chicks celebrated their first show at the JLC with a sold out crowd of 9,271. The Accidents & Accusation World Tour was the first since the band spoke up politically in 2003.

Bon Jovi
Bon Jovi’s Lost Highway Tour was a highlight for many Londoners in 2007. 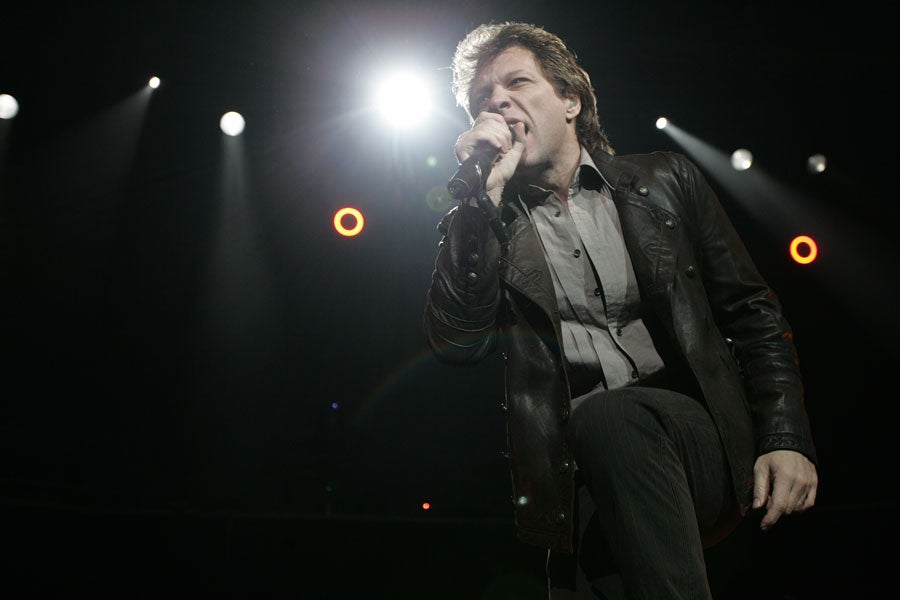 Rihanna
Others may remember a very young and up and coming artist named Rihanna who was touring with Akon. Rihanna performed her summer hit “Shut up and Drive” to a packed crowd. 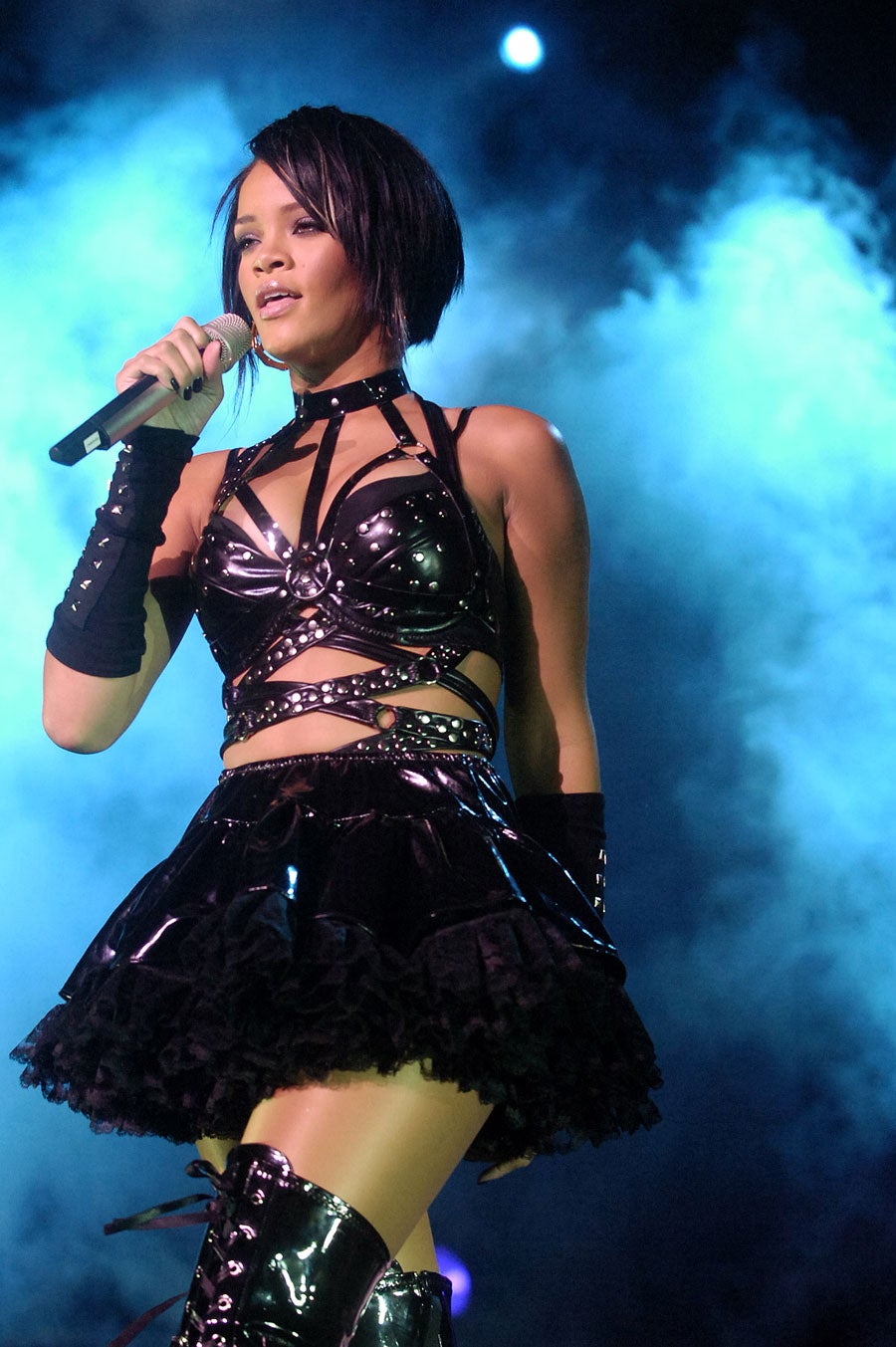 Linkin Park
Linkin Park’s Minutes to Midnight World Tour marked the first time the band had ever performed in London. The band only made two stops in Canada on the tour, in London and Montreal.

Jay-Z
In 2009 we saw global hip-hop & rap superstar Jay-Z bring his Blueprint 3 World Tour to London. Many fans will remember Jay-Z hit the stage in London just hours after performing Empire State of Mind with Alicia Keys prior to Game 2 of the World Series in NYC. 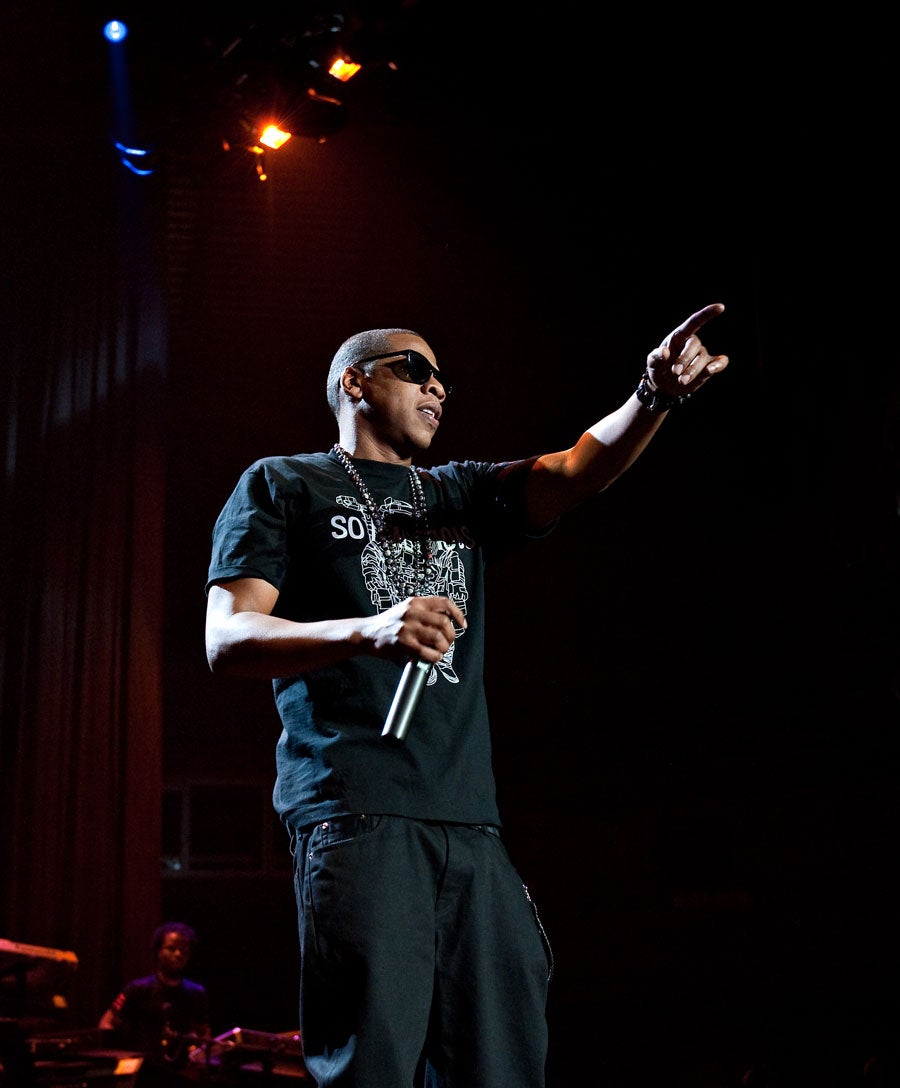 Justin Bieber
Many Beliebers will remember August 22, 2010, as it was the day Justin Bieber brought his My World Tour to London. It was a special show as the Stratford native had plenty of family in attendance. Marked as his hometown show, it was a special night for the global pop superstar. Clips from the show can be seen in his ‘Never Say Never’ movie. 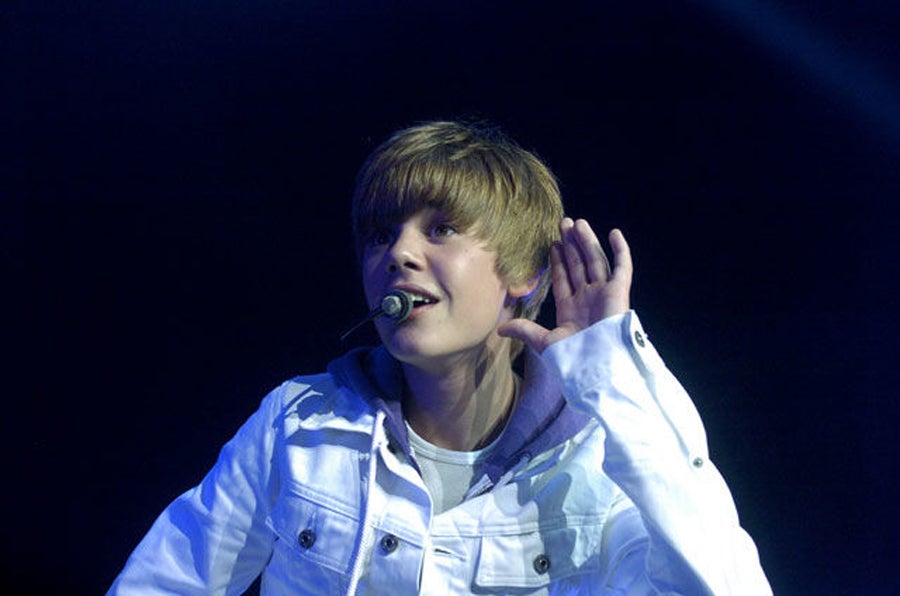 Prince
On December 5, 2011 Prince brought his Welcome 2 Tour! Playing over 80 shows, the tour reached North America, Europe and Australia. Each leg of the tour is branded by the "Welcome 2" title followed by the continent the leg is located in.

London Lightning
2011 also marked the first game, season and championship for the London Lightning Basketball Team. The team played its first ever game on October 23 and went on to win the NBL Championship that inaugural season. 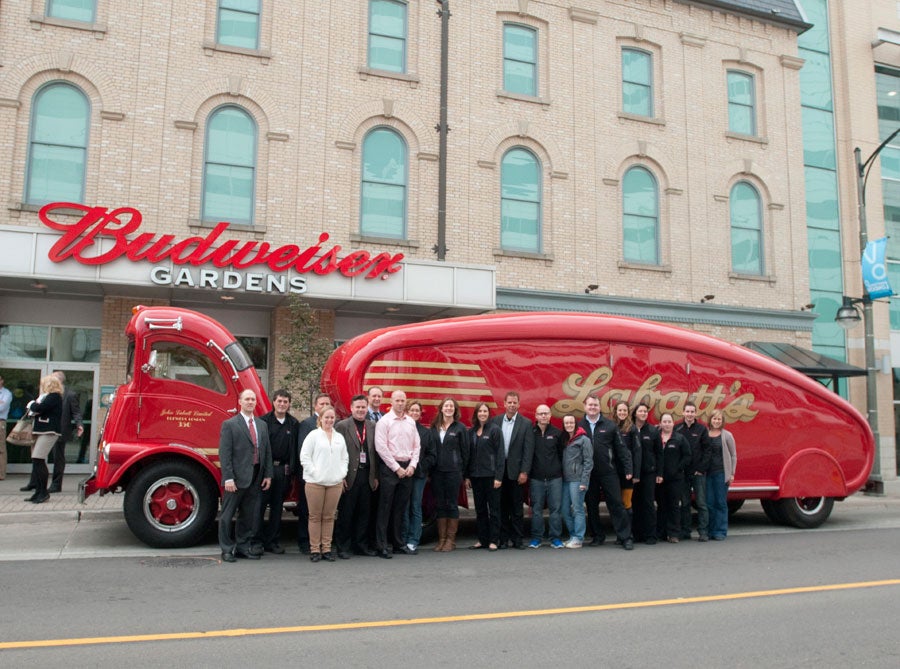 OHL Champs- Back to Back
As reigning OHL Champions, the London Knights entered the 2012-2013 season as the team to beat. The team had high expectations from the outset of the season to capture back-to-back OHL championship titles. The Knights delivered and the 2012-2013 regular season was certainly one for the record books. The team soared to a 24-game winning streak during the year, finishing 50-13-2-3 with 105 points. 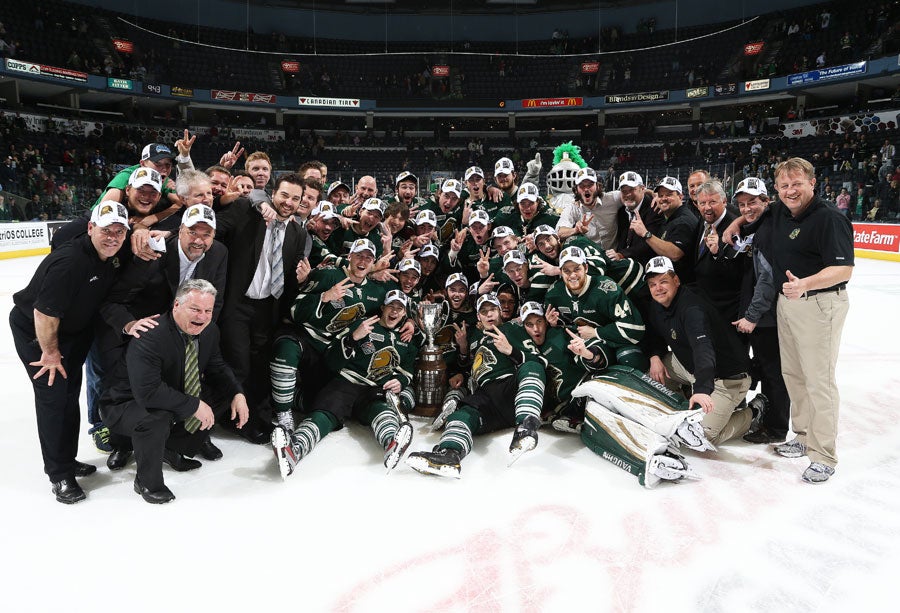 World Figure Skating Championships
The 2013 ISU World Figure Skating Championships from March 10-17, 2013 incorporated all sectors of the city and truly put London, Ontario on the world stage. This successful event was the largest the city had ever hosted as over 190 athletes from 50 countries competed for their countries’ rankings at Sochi 2014, skating many personal best and world record performances. Over 62,000 tickets were scanned in total attendance throughout the week, resulting in 23.2 million in net economic activity in the city. 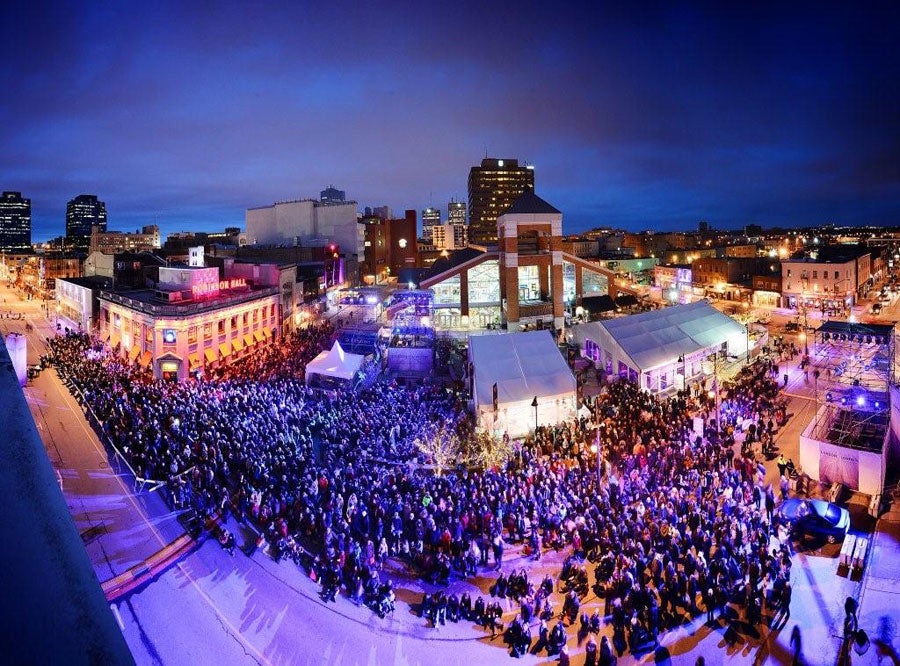 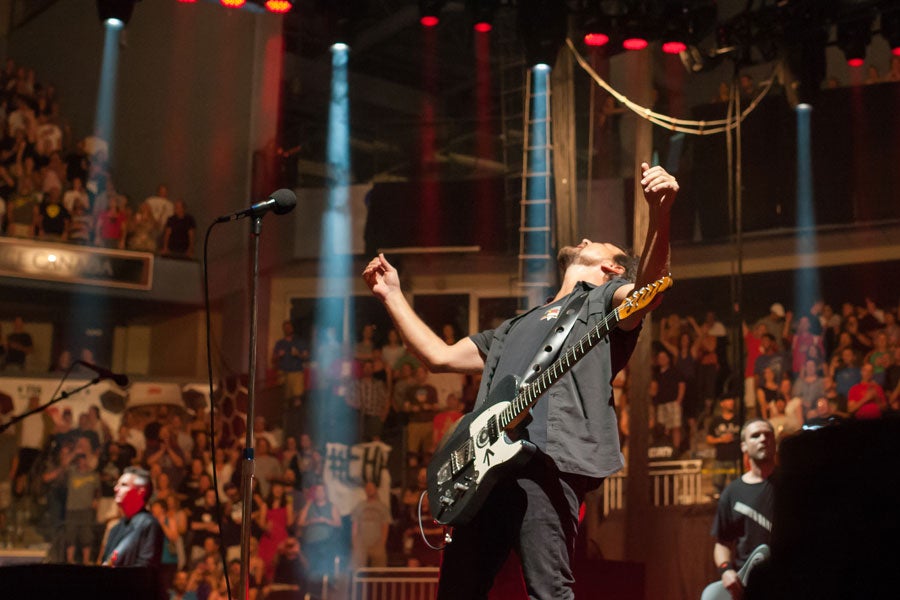 Memorial Cup Hosts
The prestigious 96th MasterCard Memorial Cup left its mark on London, Ontario in May 2014. For ten days from May 15-25, 2014, host team London Knights set the stage at Budweiser Gardens for the best of CHL Hockey as the final four teams Knights, Guelph Storm, Edmonton Oil Kings, and Val-d’Or Foreurs faced off for one of Canadian hockey’s most challenging trophies. The Edmonton Oil Kings were resilient in London and ended up taking home the cup. 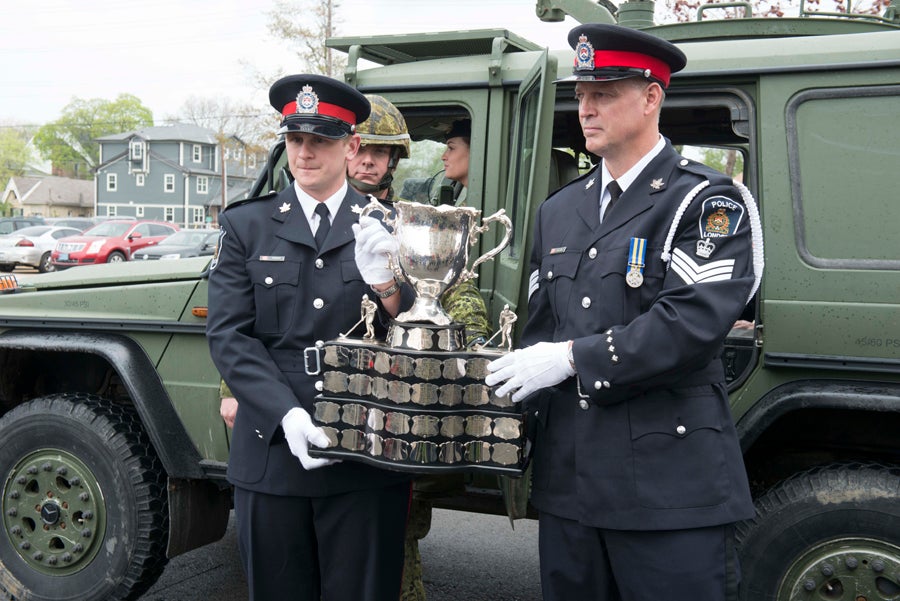 Luke Bryan
Luke Bryan rocked Budweiser Gardens to a sold out crowd of 8,817 fans on May 3 in what was one of the fastest sellouts the venue had ever seen. 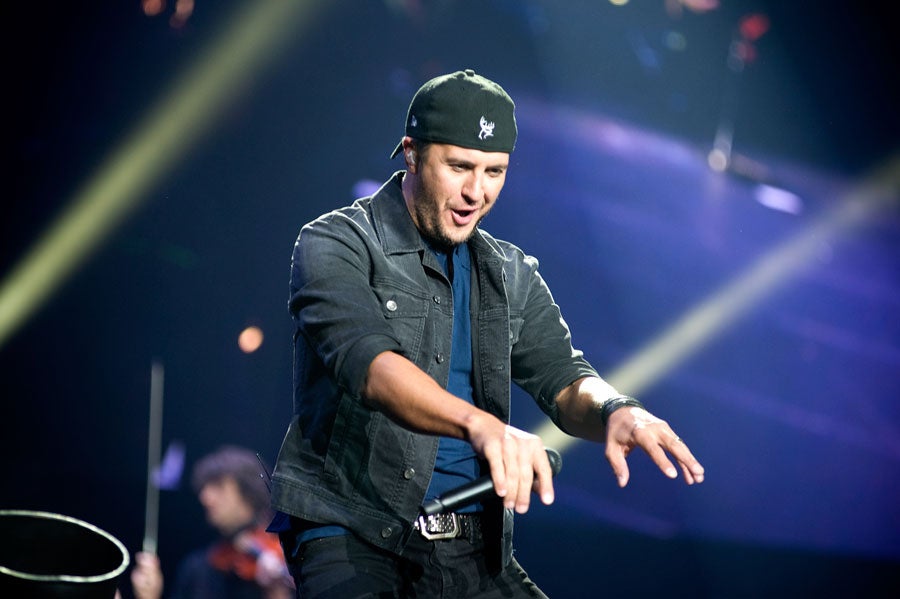 Ed Sheeran
Ed Sheeran mesmerized a sold-out crowd at Budweiser Gardens, filled to the rafters with 9,003 fans of all ages on June 5. The crowd was captivated as he was all alone on stage without a band or back-up vocalists; he orchestrated a 90 minute set with an arsenal of guitars, a foot pedal, and musical brilliance that had fans on their feet from start to finish. 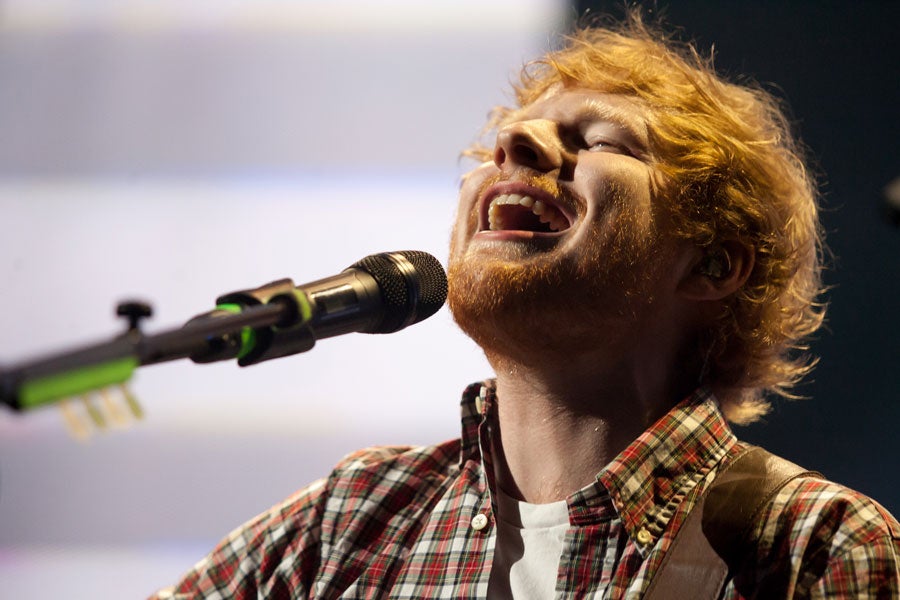 Tragically Hip
From the moment that The Tragically Hip announced that their Man Machine Poem cross-Canada tour, fans all over the nation lined up to get tickets and be part of this historical tour.  The Tragically Hip have been playing venues around London since 1988 and Budweiser Gardens was honoured to be included on the tour.  Led by frontman, Gord Downie, the band played a varied selection of songs from their extensive catalogue which included fan favourites; Ahead by a Century, Poets, Grace Too and Bobcaygeon, mixed in with lesser known songs such as Opiated, What Blue, and Something On.  The show wrapped up with an emotional rendition of Fiddler’s Green that left some in attendance in tears, most with goosebumps and all with memories that will last a lifetime. 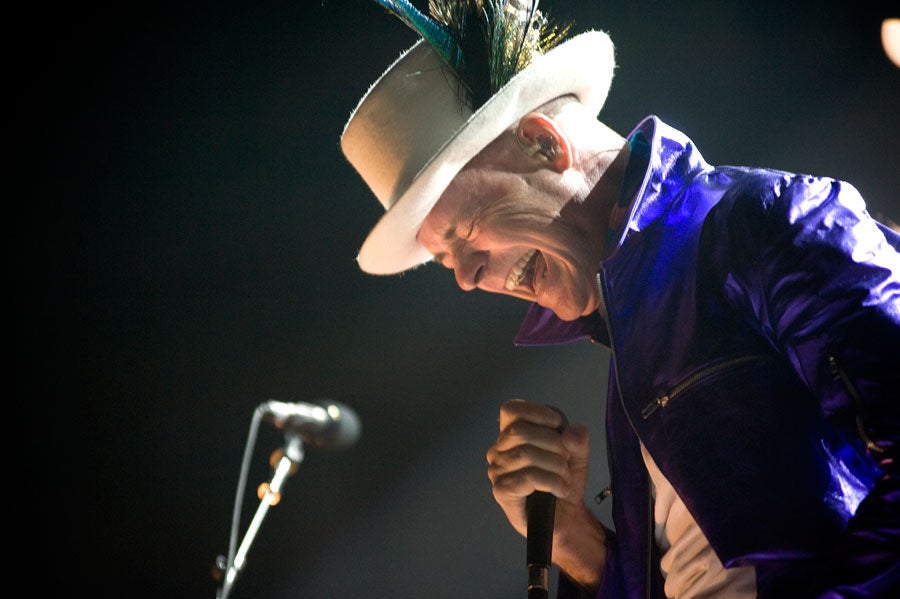 2016 CCMA Awards Show
Budweiser Gardens had the privilege of hosting the 2016 CCMA Awards Show, which was broadcast live on CBC and CMT Canada. The awards show was the first of its kind for the venue and saw all of country music’s finest talent, including Tim Hicks, Dean Brody, Brett Kissel, Jess Moskaluke, Terri Clark, Cold Creek County, Johnny Reid and many more! International acts included Sam Hunt and Kelsea Ballerini. 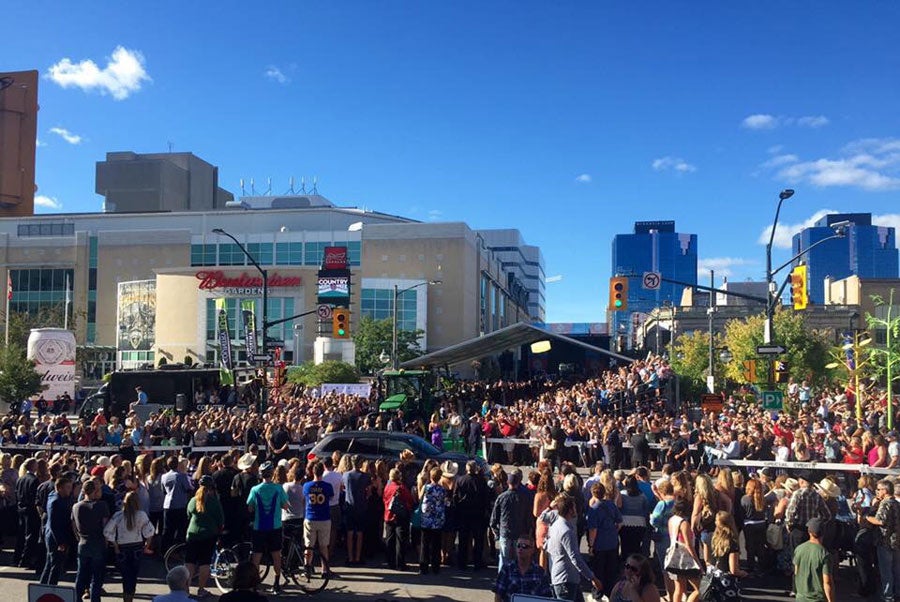 So far in 2017…
Country star Chris Stapleton made his Canadian headlining debut at Budweiser Gardens on March 18th in front of a sell-out crowd of more than 8,900 fans and as expected he received a very warm Southwestern Ontario welcome. 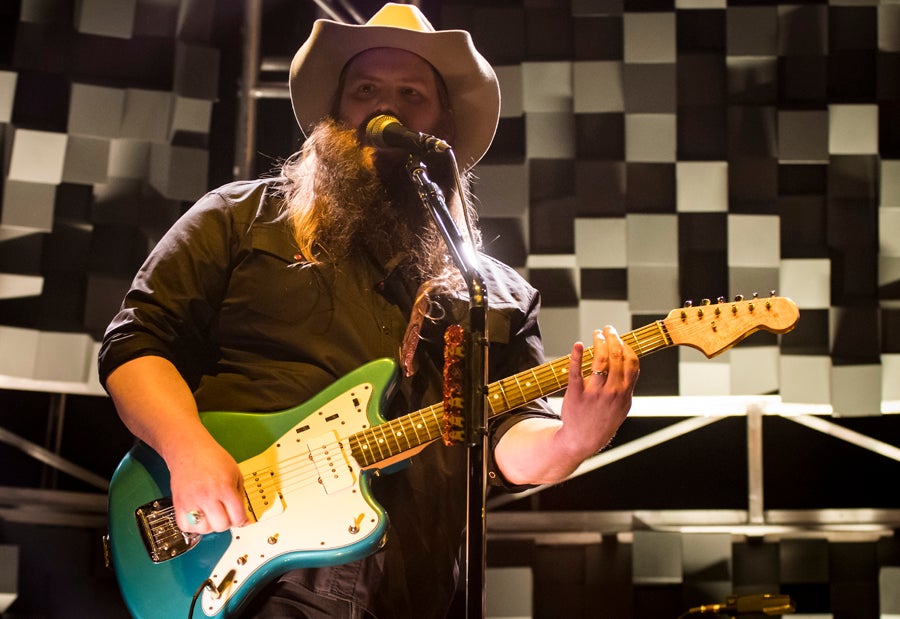