What can I say other than “How lucky am I to have been able to see Jack White’s ‘Boarding House Reach’ show TWICE this year?” Wowsers! For anyone who has never seen this musical genius, it is worth every penny and effort to travel to see his rock ‘n roll spectacle!

I will preface by saying that Jack White had only announced two Canadian shows for 2018  (Vancouver & Toronto), so the fact that he added a full Canadian tour, and I was selected to review his show at London Ontario’s Budweiser Gardens last Thursday is a thrill! 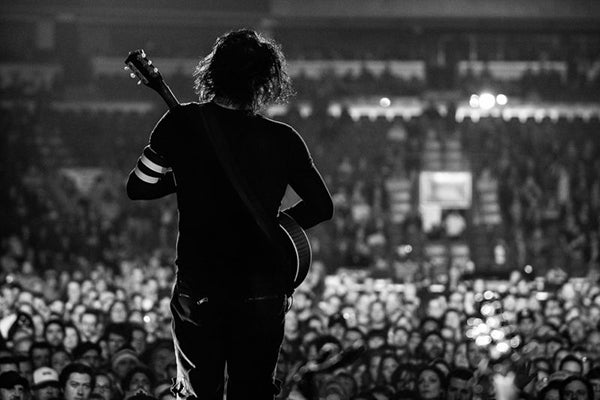 I have seen Jack White perform in many of his different bands as well as solo (all except Dead Weather which I pray will happen at some point). He is a consummate showman, always making big strides to work his audience into a frenzy before he even picks up his guitar.

The members of the band glide onstage, take to their spots and start picking away at their instruments… the graphics start on the big screen behind the band…. and then, Jack White, in all his cool glory, sachets to center of the stage with a distinct rock and roll charm, screeching “Who’s with me?.” Repetitively - looking and pleading with each compartment of the crowd until everybody is on their feet feeling the magical pulse that IS Jack White! We were fully engaged!

Both shows that I attended, and many of the shows on this tour were started with the song “Over and Over” which builds on the energy that was branded on the crowd with Jack’s questioning. Over and Over is a song that demonstrates Jack White’s guitar skills, and was a great showcase of the layers of musicality that build during all of his performances.

Now, unless you are a longstanding Jack White fan, you may have found yourself digging the middle of the show, but scratching your head. Meaning, if you came to hear a set of popular radio hits, the body of concert was probably not what you were expecting. For the diehards (like me), the London show involved Jack White playing a good variety of his catalogue which was super cool to hear live! Songs like: Hotel Yorba (a great White Stripes foot-stomper), Love Interruption (epic sing-along song) and Freedom at 21 (from Blunderbuss), Subterranean Homesick Blues (a cool and unexpected Bob Dylan cover) and quite a few songs from the new Boarding House Reach album (Respect Commander, Why Walk a Dog?, Humoresque). The standout for me, and my daughter who is only 18, was Jack’s performance of “The Rose With the Broken Neck”. This is a beautiful song lyrically and musically. If you do not know the story about his collaboration and writing of the lyrics of this song, do yourself a favour and google it. Gorgeous song, excellent to hear it live which didn’t happen at the Toronto show. 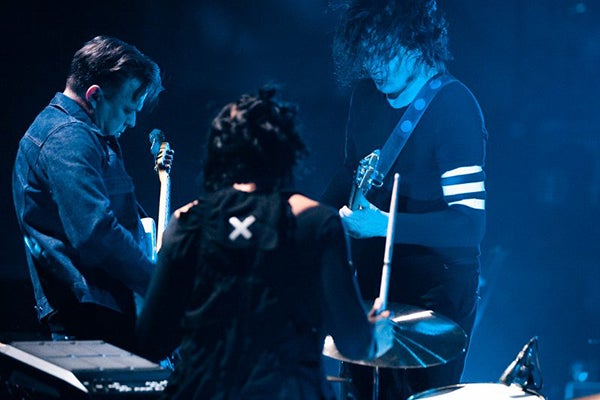 An interesting thing can come from an artist not strictly adhering to a set list. Jack White obviously chooses what songs he plays based on the feedback and participation of the crowd, while at the same time, he keeps a goodie bag of fan favourites for his encore sets.

I think when most people think of Jack White, they think of loud, blow-the-roof-off-the-building guitars. He doesn’t necessarily need words, although his lyrics are both creative and meaningful. One lyric that highlights this and stood out to me early in the concert was when the band performed the title song off of the same record, “Lazaretto”. There is a line right before the bridge that goes: “When I say nothin’, I say EVERYTHING!” When Jack goes into a guitar solo and takes to his guitar, words are not necessary. The raw emotion and grit that take him over are a special kind of non-verbal communication that he emits in spades. 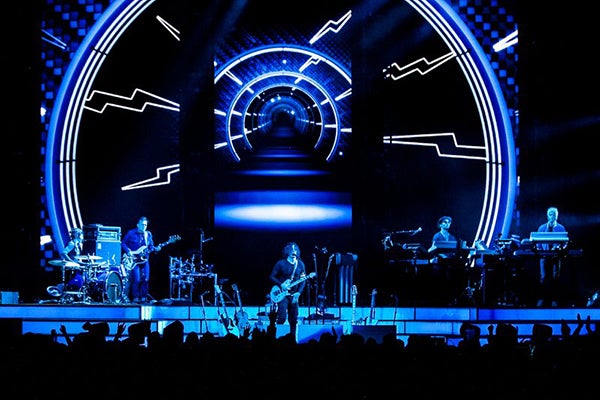 I cannot say enough about the supporting band that Jack White involved in this tour. Personally, I am glad that he stripped it down and did NOT include any traditional back-up singers in this tour as in his pre-tour appearances on SNL and late night, I found them clunky, and they took away from the live performances when showcasing the new album. I loved the raw, jam-like vibe offered by all of the stage musicians who all added their own voices as well in terms of back-up vocals. Quite frankly, the monster sound they offered as a band enveloped

Jack White in a way that was very intimate, while at the same time very powerful. Carla Azar (drums) was an absolute rockstar! She was just superb! She is a heavy hitter, slick and the only female back-up voice needed. The duo of Dominic Davis and Quincy McCrary (piano, synthesizer, keys and sampling) with their comical traits was fantastic. They both played with such intention and energy. Dominic Davis finished out the band on bass guitar working well to keep everybody glued together which cannot be easy with such a unique brand of music filled with the plethora of off-beat tempos that are known to infiltrate Jack White’s music.

Budweiser Gardens is a great venue to see a concert. The sound is top notch, and it is an intimate place to see a big show! The fact that Jack White has made this tour “phone free” added to the old school intimacy … people were able to wave their lighters in the air which added to the ambiance, and it was nice to enjoy a show again without any digital distractions. 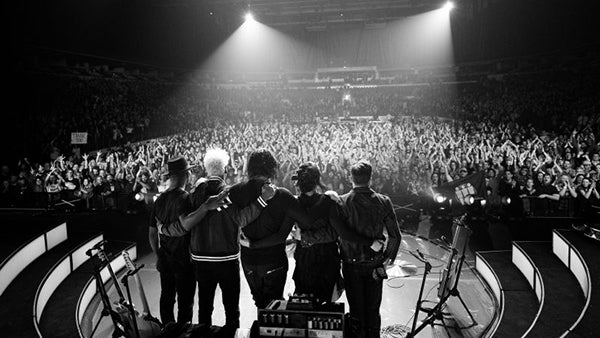 Jack White didn’t disappoint! He played an abundant set with a little something for everyone.For the younger/newer members of the congregation, his encore included five brilliant offerings:

Slowly Turning Into You (The White Stripes)

Steady As She Goes (The Raconteurs)

You’ve Got Her In Your Pocket (The White Stripes)

Thank you Jack White! Thank you once again for reminding us all that we are “Connected By Love”… you are masterful in bringing together people with your brilliant music. Thanks for the great show!