The fact is, everyone, needs a little magic in their lives — and luckily for us Londoners, Disney On Ice is here to deliver just that. The spirited spectacle kicked off last night at Budweiser Gardens, much to the delight of fans young and old, with a healthy handful of performances ready to take over the rink daily until Sunday, Feb. 23.

More than just the usual pixie dust, though, this latest incarnation — aptly dubbed Celebrate Memories — proved to be an interactive crowd-pleaser, with everyone’s favourite characters on display. From Toy Story to Nemo and friends, as well as varying princesses and the original fab four (Mickey, Minnie, Goofy, Donald), the show is a fun ride from start to finish — with a bunch of surprises thrown in for good measure.

The premise is simple, with the help of the evening’s two happy hosts, Mickey and the gang ponder their favourite memories from the past, with a cast of famous faces reliving some of their best musical moments.

Full disclosure, the love of all things Disney runs deep in my family, whether it’s a trip to the theme parks, or just catching the latest blockbuster on the big screen. However, despite over 10 years of figure skating under my belt, and that love of the Mouse deeply engrained in my consciousness, Disney On Ice had still eluded me.

That is, until now of course — and honestly, it didn’t disappoint.

Heading into a show like this with no children in tow may seem a little daunting, but with so many amazing songs and stunts, it really shouldn’t be. Just ask the three young men seated in front of us, were they ever having a great time!

Add to that appearances by some of my personal faves, Mulan, Merida, and Tiana, in addition to a relative sea of back-up singers to some of the most memorable melodies of all time, and I was also on cloud nine.

The show was broken into two acts, with a 15-minute intermission. While Pixar and the princesses got the party started, including some epic stunts from Rapunzel, Flynn Ryder and The Little Mermaid (which saw Ariel go aerial), big guns Frozen and Moana expertly took over the second half.

With those heavyweights came a slew of hot and cold effects, including both pyrotechnics and falling snow, accompanying the joyful retelling of Disney’s newest and most popular tales.

I’ll admit, I was not ready.

In the end, Celebrate Memories became more than just a header on a marque, but a state of mind, bringing with it a flood of fun and festivity centred around what has always made Disney so special to so many — music, magic and memories.

And if there was one thing I took away from Thursday night’s performance, it’s this: Never let anyone tell you you’re too old to enjoy a little magic in your life, so soak up that sparkle any chance you get!

Review and photos by Whitney South 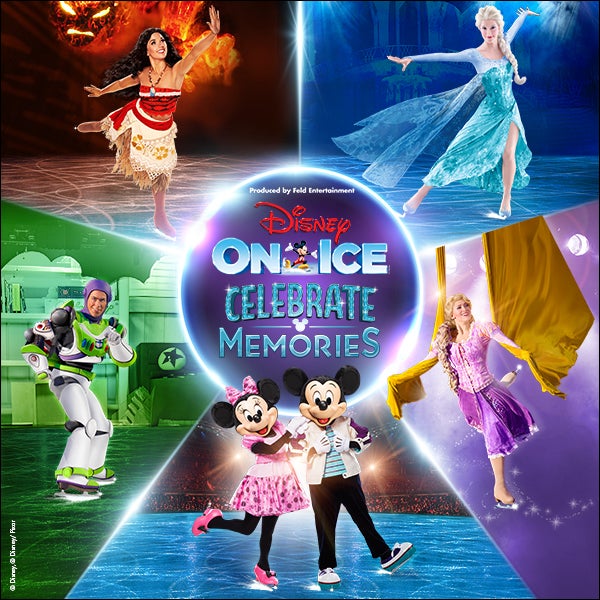